We are proud to announce the release of version 4 of BatchPhoto. This is perhaps the largest release we have done so far. The main features are: a completely rewritten user interface for Windows, drag & drop support for the graphical filters, a universal version for Windows and Mac, and a new code activation system.

We have started the development of version 4 since the beginning of 2012 with the Mac version of BatchPhoto which was a completely separated product than the Windows version. The Windows version was developed (since 2005) using obsolete Microsoft technologies (MFC) so we choose to transition to a more modern technology (Qt) with the Mac version. The new technology enabled us to have a common product for both Windows, Mac, and potentially other desktop and mobile platforms in the future.

In 2013 we worked on the drag & drop functionality that was added to the graphical filters. Filters like Date, Comment, Watermark-Text, Watermark-Logo can now be positioned, enlarged and rotated easily. Additionally the Resize and Crop filters now use drag & drop for size and positioning.

In 2014 we had to create an in-house code validation system since the third party system used in the past was no longer supported by the original developer. We have created a system with shorter codes and updated our site and database to make the transition as easily as possible for our existing customers, that will update to version 4.

Many additional improvements were made to BatchPhoto 4 including a slick dark theme for the user interface, complete support for Mac Retina displays, updated support for professional DSLR digital cameras, updated scripts, and more.

We hope you will enjoy using version 4 as well as be more productive in your work. Please do not hesitate to contact us with any feedback or support requests.

To learn more about the new version or to download a free trial go to:
http://www.batchphoto.com/features.html 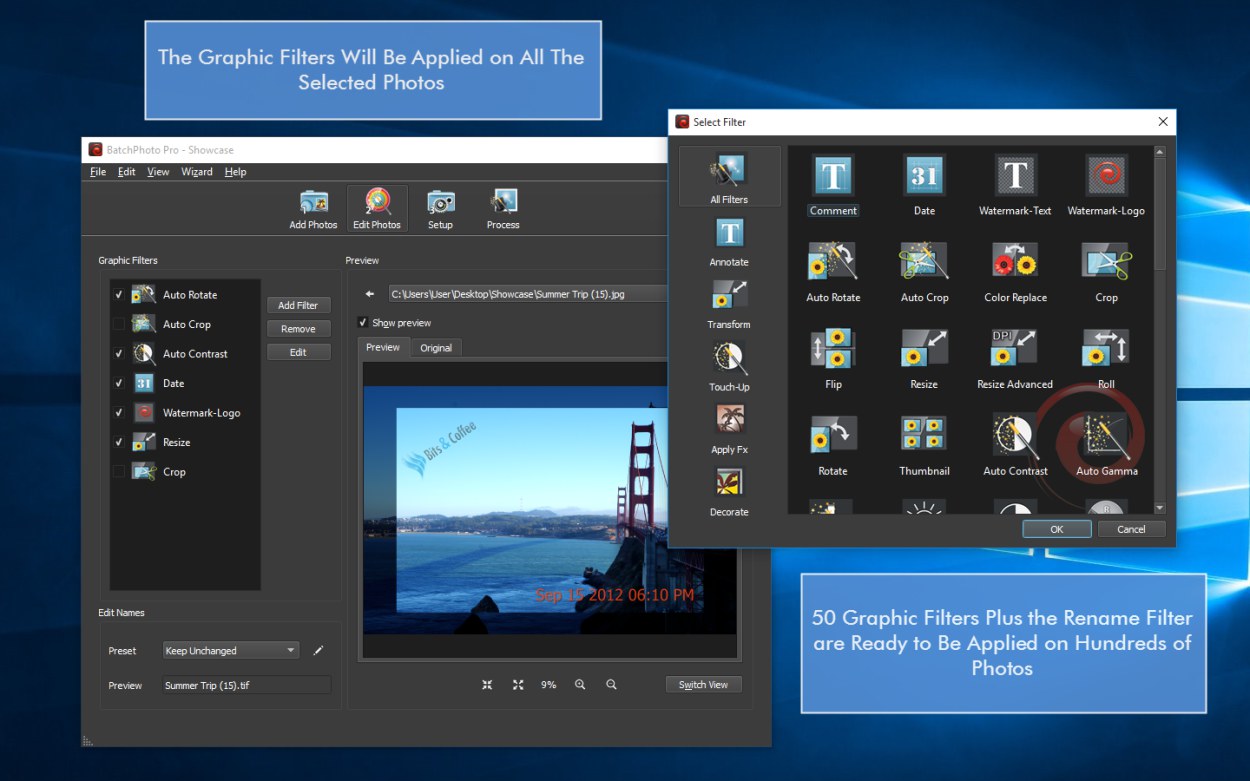 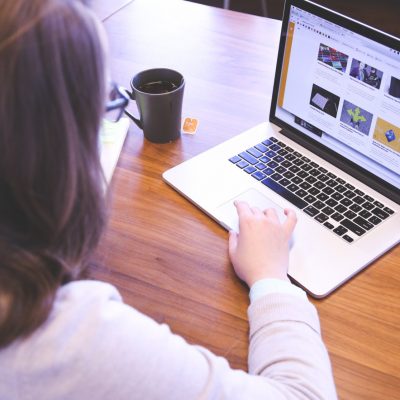 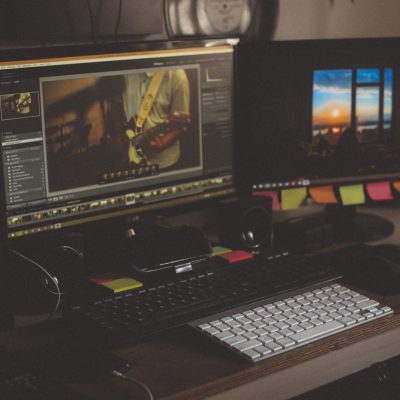 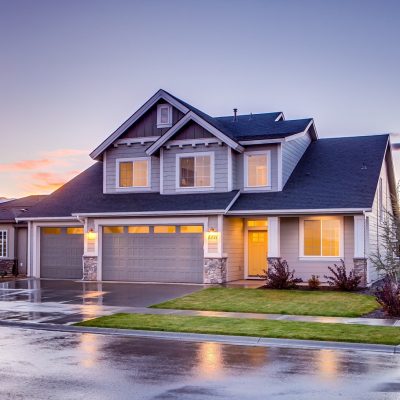 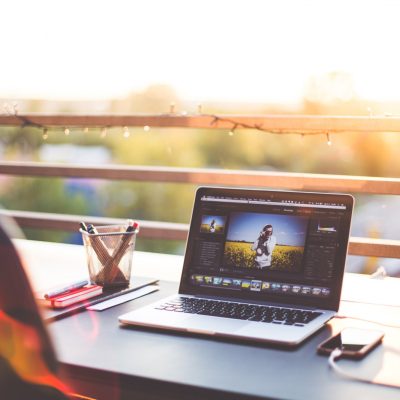 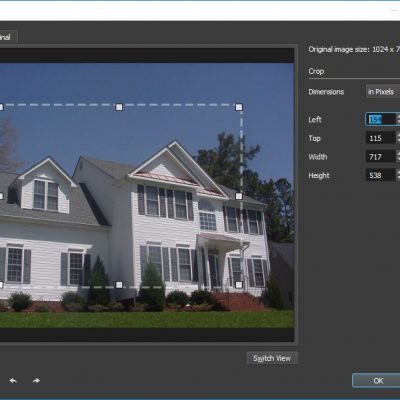